Where highway exit ramps join a road implicit turn restrictions are often need. Often a highway off-ramp enters a road from one direction, and an on-ramp branches off in the opposite direction at the same spot or very close by. In these situations, it is sometimes logically possible in the road network to navigate from an off-ramp directly onto an opposing on ramp: 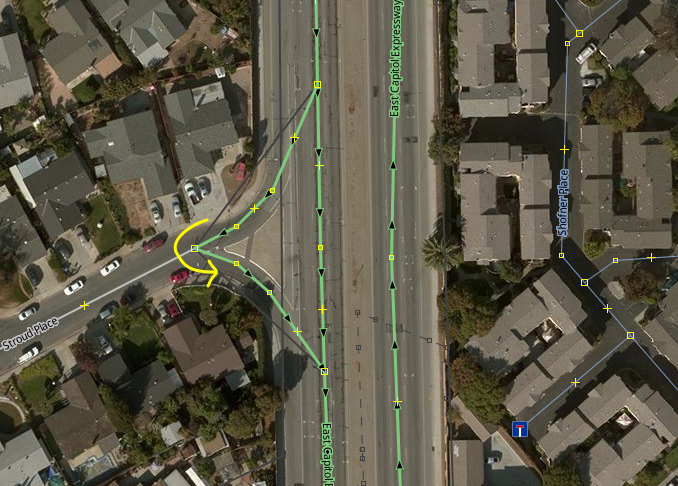 A similar situation can occur at the node where slip roads from a dual carriageway intersect a single carriageway: 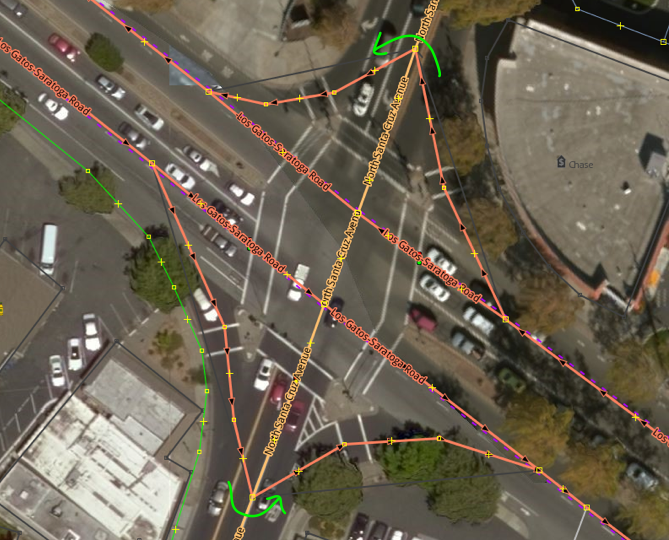 In these situations a turn-restriction is needed to prevent us from routing from one ramp or slip-road directly onto the other. This maneuver is almost never legal or safe.

Here’s another example, where the highway off-ramp and the on-ramp meet the road from the same direction. 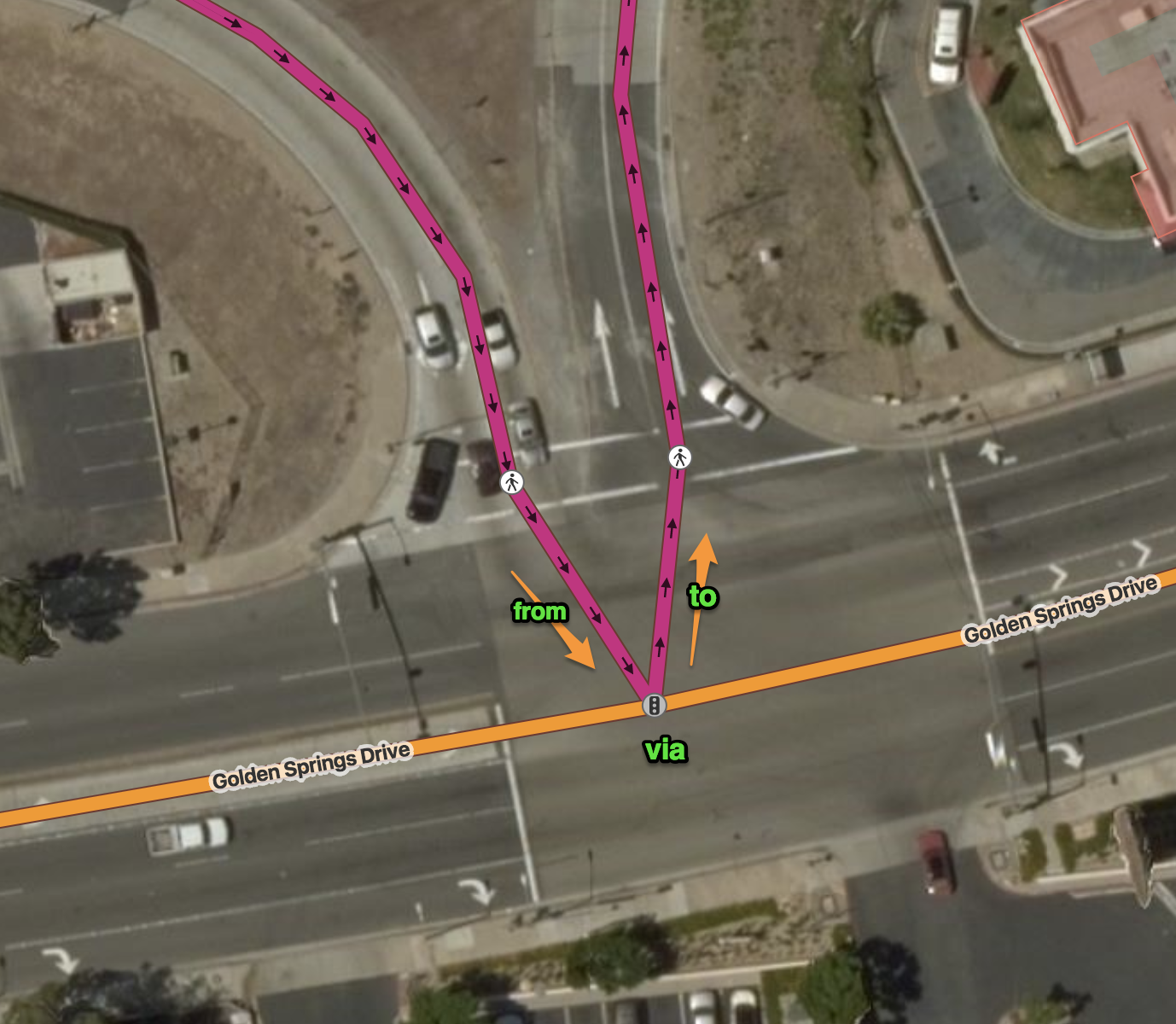 Sharp turns against the grain of a slip road

Where a slip road leaves or meets a main road, you will usually need to add up to two turn restrictions.

The first restriction is from the slip road to the main road to prevent the sharp turn counter to the intended use of the slip road – for example, a left from a right-hand-turn slip road.

The second restriction is from the main road to the slip road to prevent the sharp turn against the intended direction of the slip road – for example, driving past an intersection, and then taking a sharp left/U-turn onto a slip road intended for use from the opposite direction:

These are a little tricky, make sure you understand both restrictions in the diagrams below. 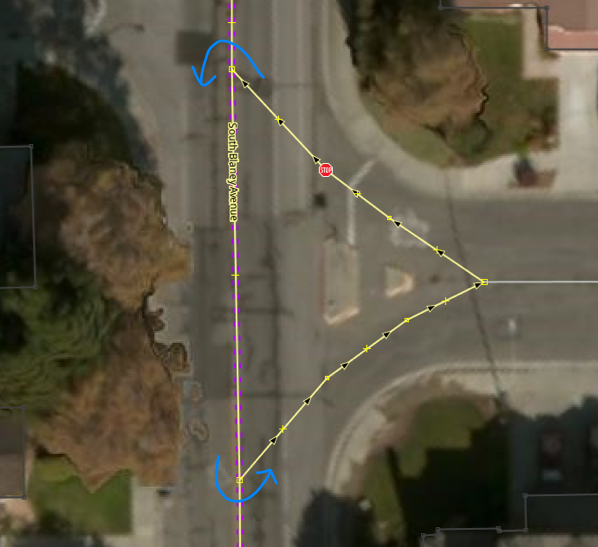 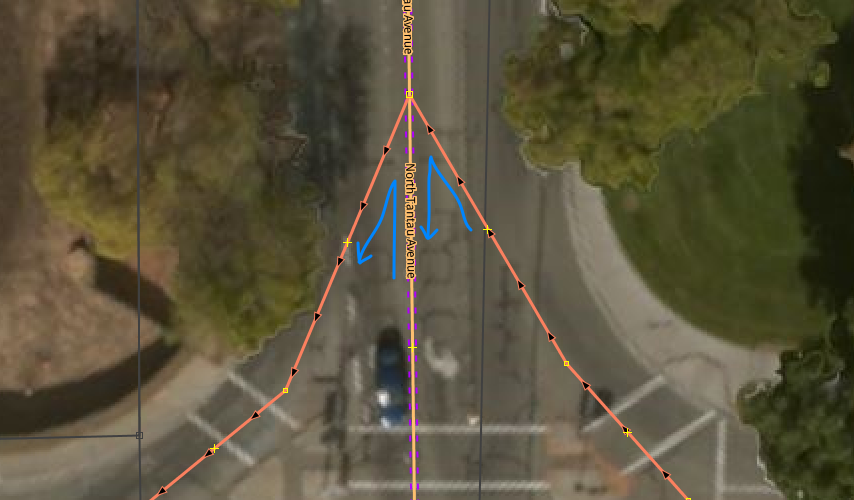 Transitions elsewhere than an intersection

Sometimes a dual carriageway transitions to a single carriageway because without a real intersection – the road is simply narrowing. In these cases a routing engine will interpret the node as an intersection and allow U-turns. We need to override that behavior by mapping a no-u-turn restriction at the intersection. 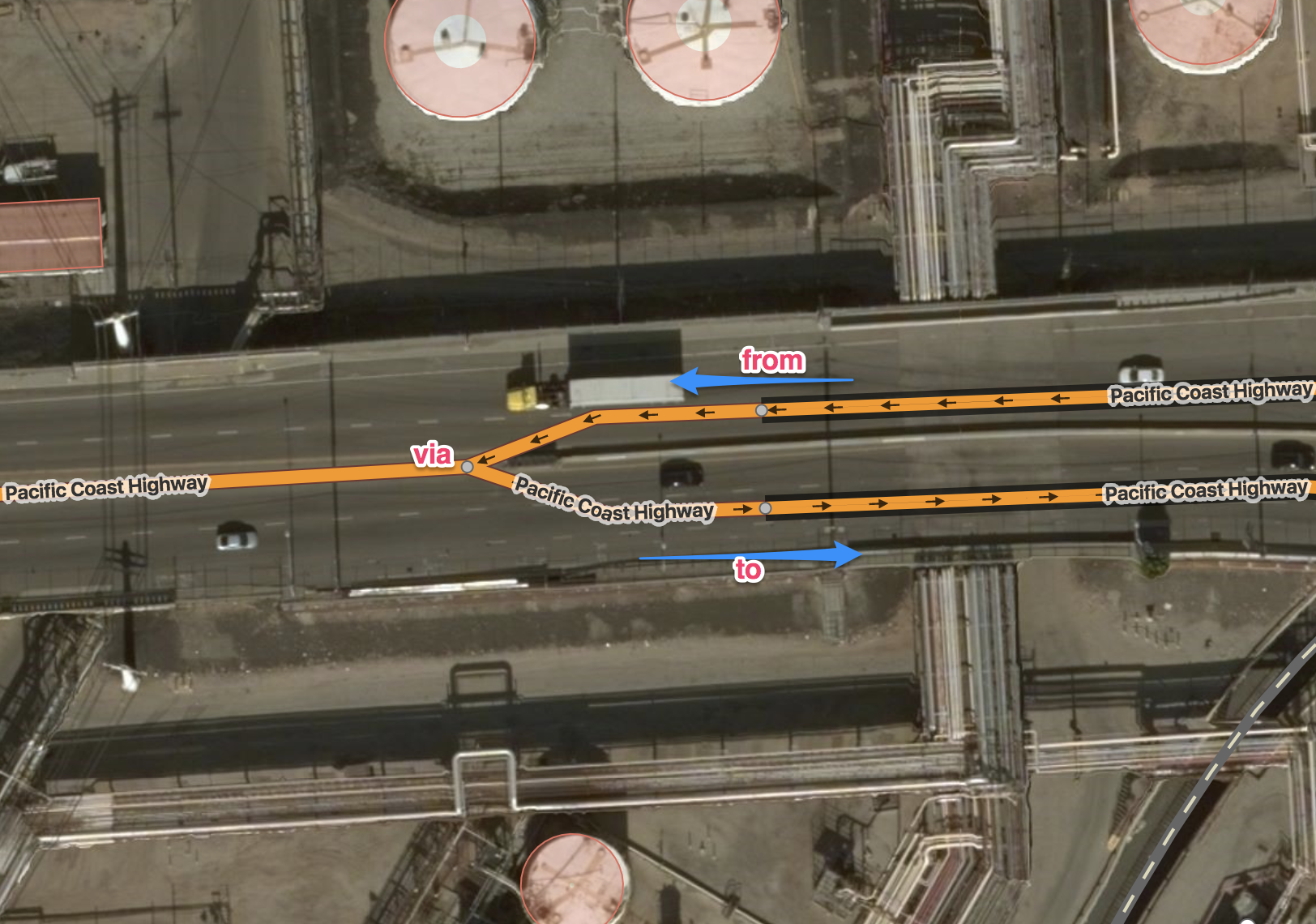 Transitions at an intersection 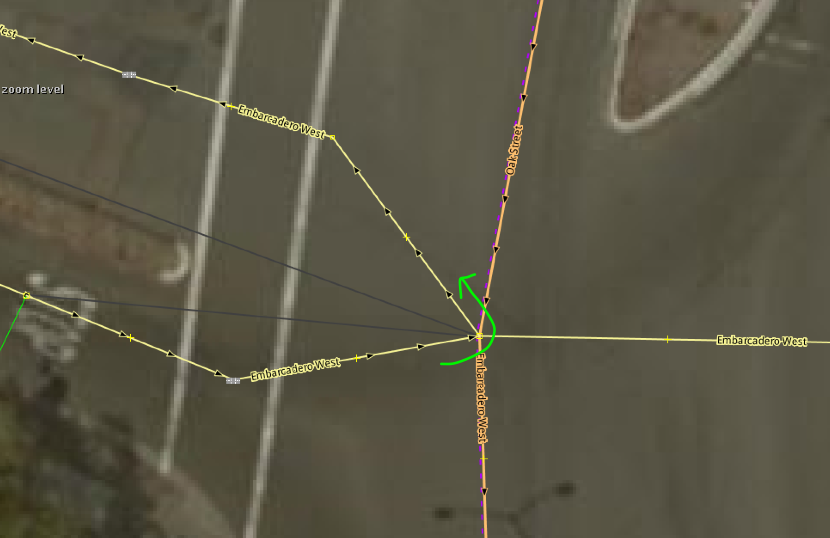 Sometimes, dual carriageway intersections is modeled like “sausage links”, meaning a mapper has collapsed the road down to a single link at each intersection. This looks like a dual-carriageway to single-carriageway transition, but really nothing has changed.

We should remodel these as proper dual-carriageway intersections. 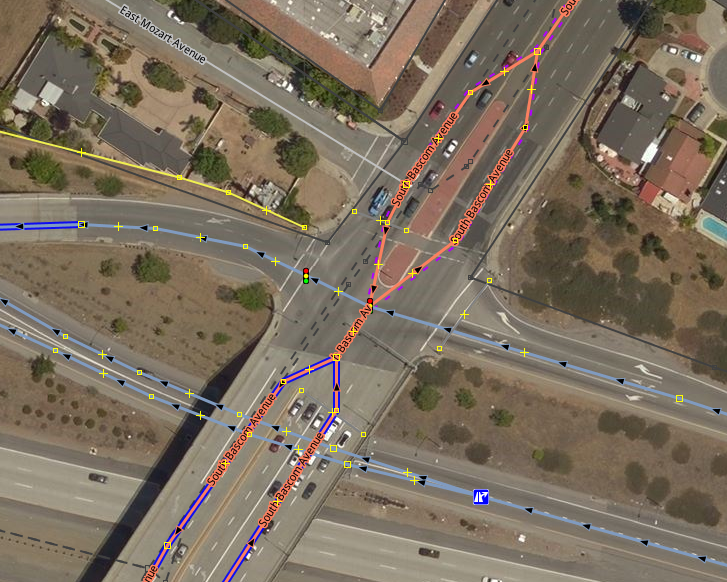 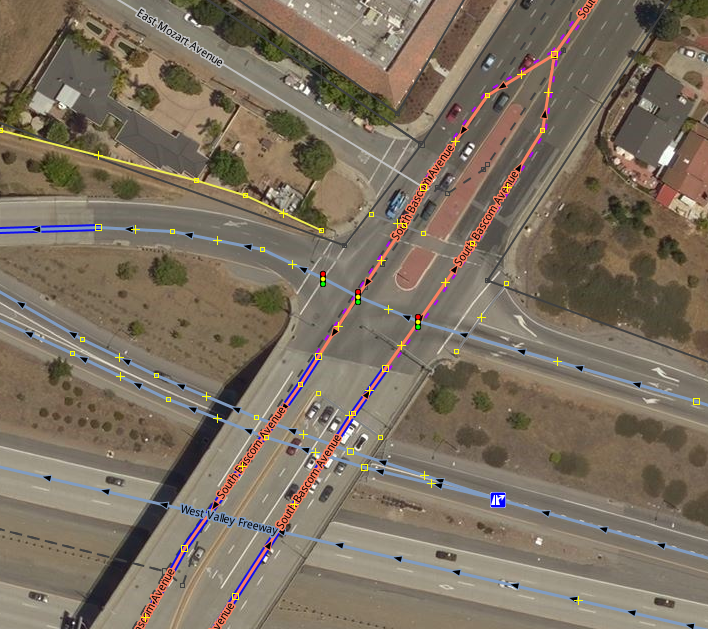 Once the road has been remodeled, apply turn restrictions for highway ramps and slip roads as normal. 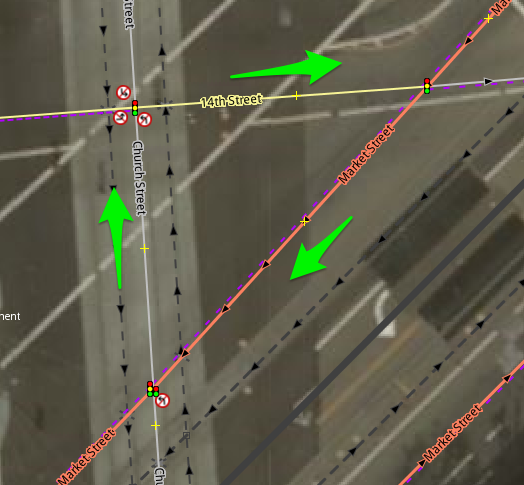 When working with an intersection like this, keep a close eye on all possible maneuvers at each node, and see if each should be permitted or restricted. Test your work in the routing engine to make sure it behaves as you expect, and don’t hesitate to ask for a second set of eyes.