What is a turn lane

A turn lane is an auxiliary lane demarcated on the road to specify directions to ongoing vehicles. Turn lanes serve two purposes:

There are a total of 12 different turn lanes demarcated on the roads. They are: 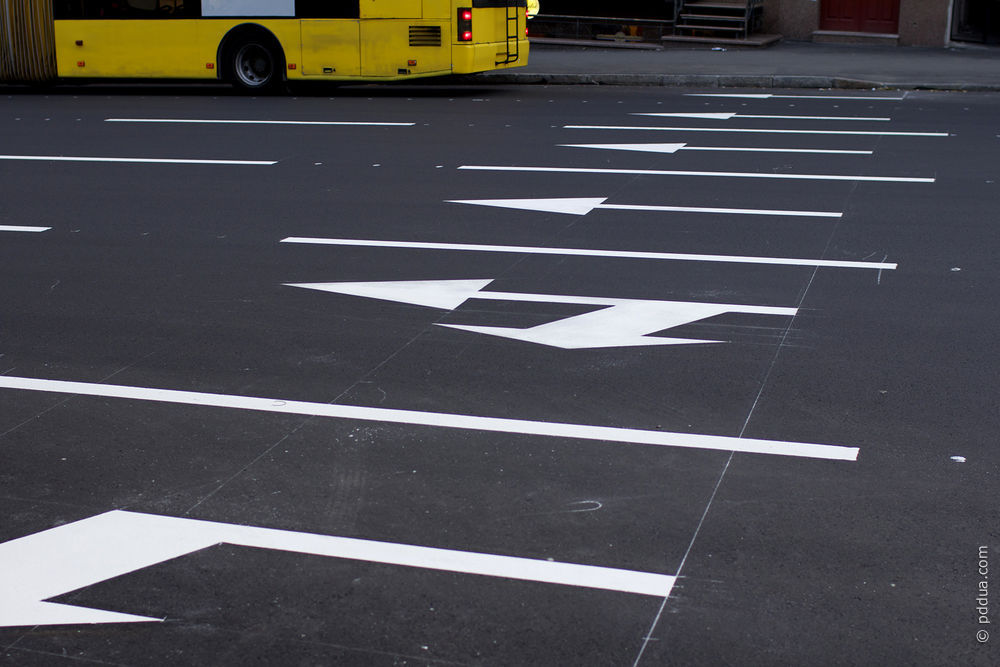 road markings on the ground - © pdd.ua

Pre-requirements for mapping a turn lane in JOSM

We use relations for different purpose – for indicating turn restriction or collect separate ways into solid route. ​ JOSM help us to handle them. But sometimes we are faced with not properly denoted relations. JOSM will inform about it while uploading our changes. You may ignore messages of level “Warnings” (if you only split ways and didn’t edit relations manually) but you have to fix all “Errors”.

While mapping turn lanes, there are a lot of scenarios are encountered in #153 and #144 mapping repos. All these scenarios are drafted in one place for validation purposes.

Different scenarios we came across while mapping

In the U.S., when parallel parking spaces are marked, they are marked in one of three ways:

Here’s an example of the box marking style: 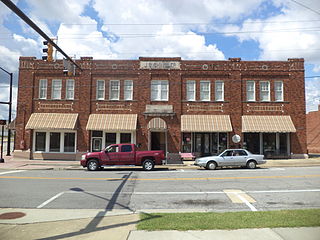 If there are no clear cut demarcations on the road and yet cars are parked on either sides of the road, consider them as drive lanes. Case below:

Turn lanes should begin exactly as per the marking in the imagery, not before or after.

Turn lanes should terminate at the first highway junction after the start of the turn lane.

In case of bi-directional ways, the key turn:lanes:forward=* describes only the turning indications on the lanes in the same direction as the osm-way; while adding this we must view the road in the direction to the osm-way(on the direction where the osm-way arrow is pointing).

In case of bi-directional ways, the key turn:lanes:backward=* describes only the turning indications on the lanes in the opposite direction as the osm-way; while adding this we must view the road in the oppoiste direction to the osm-way(opposite to direction where the osm-way arrow is pointing).

When finding roads mapped as single carriageway while the imagery shows clear separation between roads, split the road where the physical separation starts and add dual carriageways. 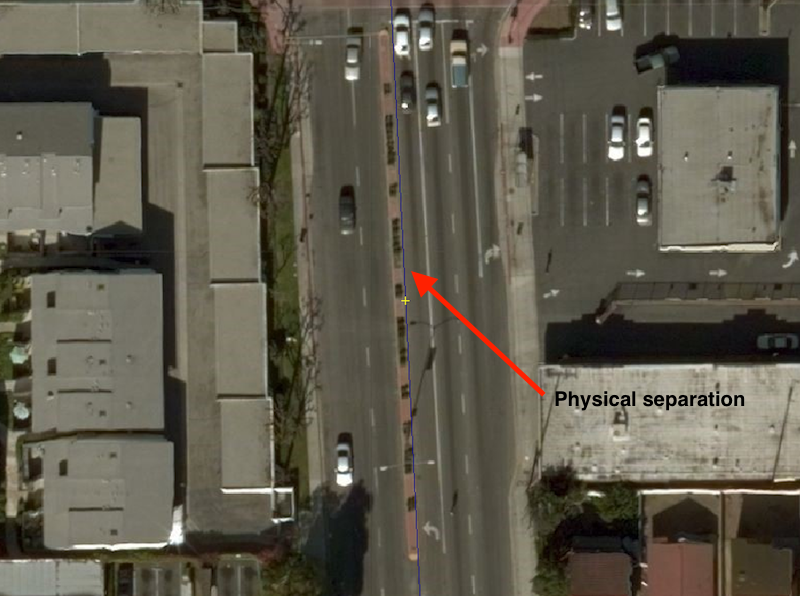 When to add dual carriageway?

Road shoulders and bicycle lanes are ignored from the lane count. Both these roads are lanes=2 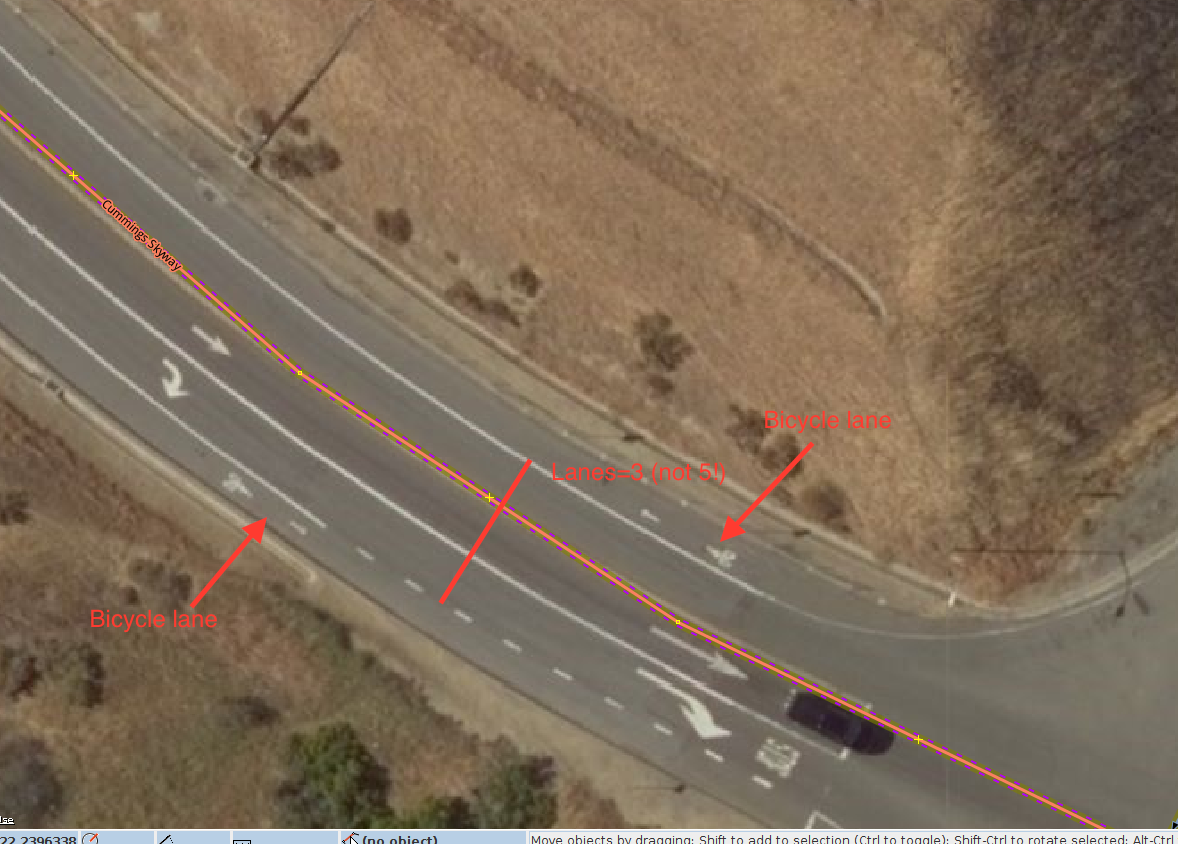 lanes=3 for the above example, ignoring the two cycle ways

9. Lane marked as a separate way

Do not add turn lanes in these cases where the only turn lane is already a mapped as a separate way.

These are the lanes marked with symbol representing both directions at a time. 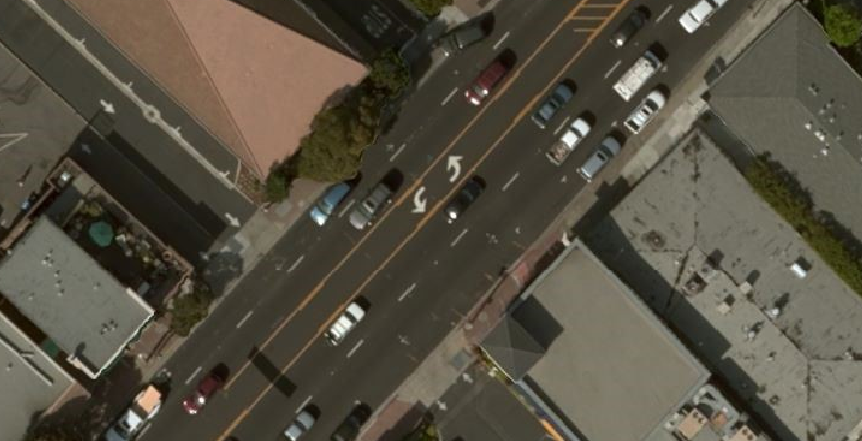 Tag used for such lanes are turn:lanes:both_ways=*

Yellow lines on both sides of a lane also gives an indication of turn:lanes:both_ways=* 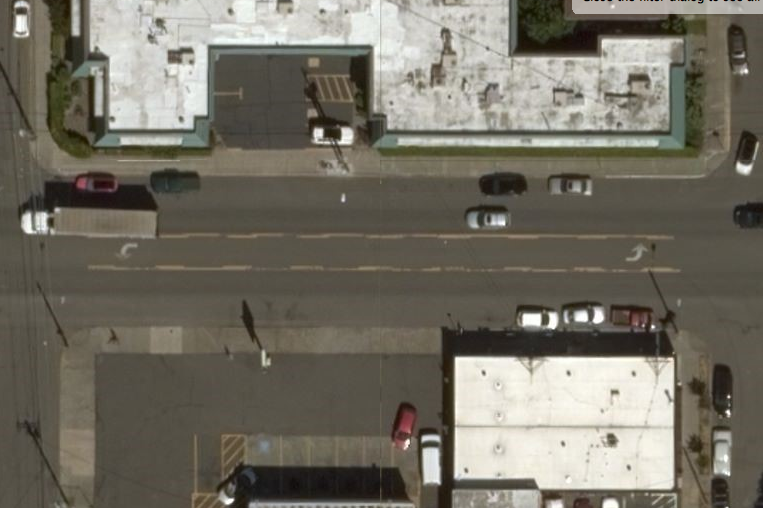 The imagery at some places is not very clear and at-times the turn-lanes are covered by cars. In situations like these Mapillary plugin can be used. If there is Mapillary imagery coverage in that area, they can used to verify the presence of turn-lanes.

Name of the plugin: Mapillary

These are the areas on streets which are restricted for vehicular traffic. 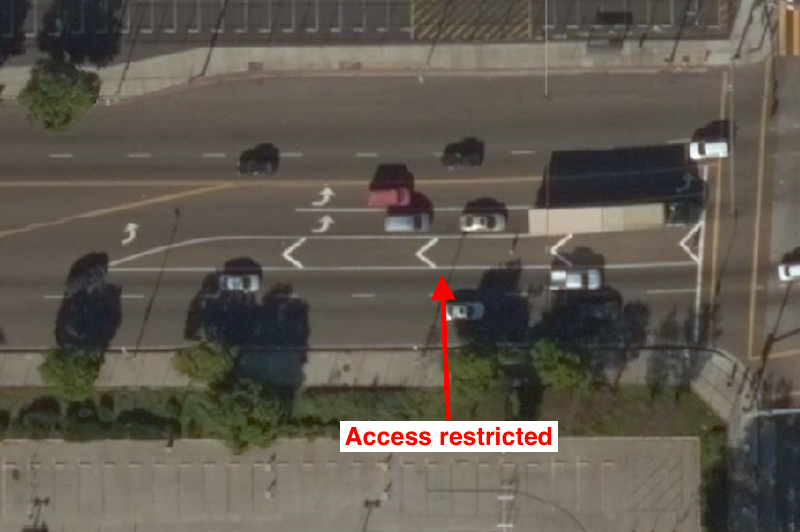 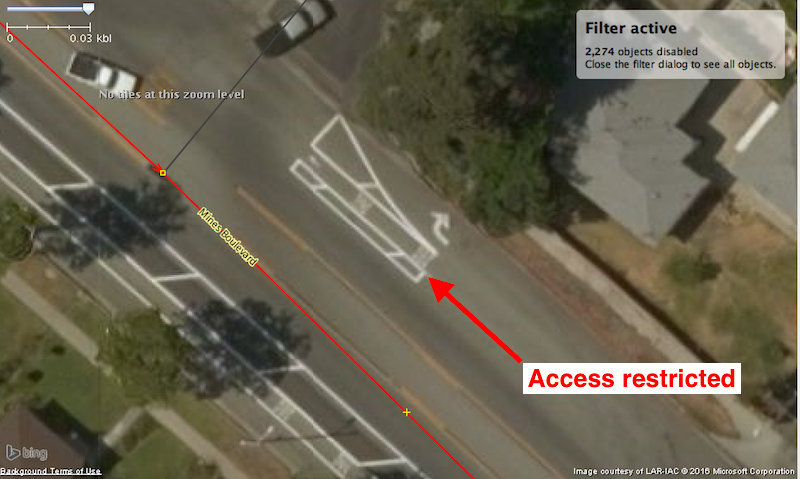 These are the lanes specifically categorized to take U-turn or reverse-turn.

14. The order of the directions and valid combinations of values