Exit numbers and destinations are used as a part of guidance in routing engine. They help the driver in navigation guidance through on-ramps and off-ramps while routing on major roads. 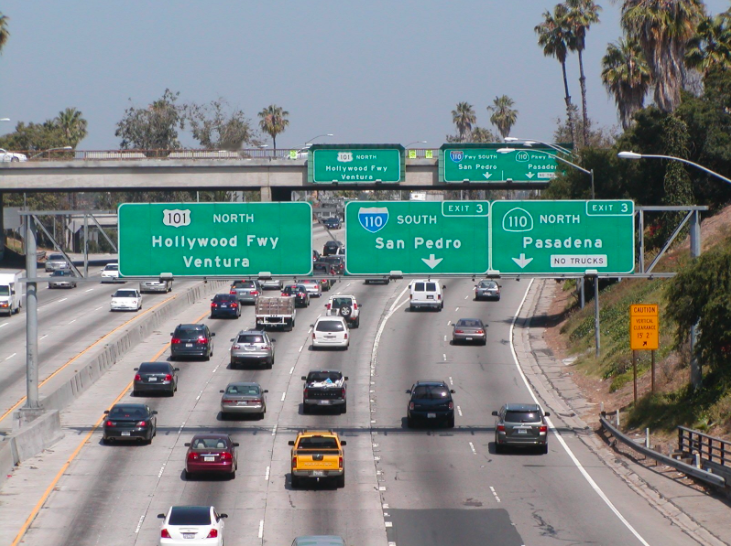 An exit number is a unique alpha-numeric identity assigned to a road junction, usually an exit from where a freeway starts. It is usually marked on the same sign as the destinations of the exit, as well as a sign in the gore. OpenStreetMap based guidance systems such as OSRM can use exit numbers as a way to guide drivers to take the right exit during navigation.

In California, exit number signage is inconsistent. The state is gradually adding exit numbers. In the meantime, it’s common for a freeway exit to lack any exit number sign, even if Wikipedia provides an exit number. If there’s already a ref tag on the highway=motorway_junction node but no exit number sign appears in Mapillary imagery from within the past year, replace the ref tag with unsigned_ref. Sometimes there’s no exit number at the exit, but an advance guide sign (the one that says “½ mile” or “1 mile”) does display an exit number. In that case, leave the exit number in ref, because a driver would be able to use that information while navigating.

Destination tags describe the content of road signposts or ground information indicating the names of the locations that a certain exit from the freeway or a highway is heading to, or that a certain entrance to the freeway is heading to. The destination tag refers to the place the entering/exiting way is leading to. Thus navigation systems can represent correct guidance with the respect to road signs that the driver actually sees when driving. The destination references are also alpha-numeric identities which changes from state to state in US. For reference check the shield dictionary to understand how highway shields are represented in different states of US. If you can’t figure out how to map a particular highway shield, look at the ref tags on the way that the motorway_link way leads to. 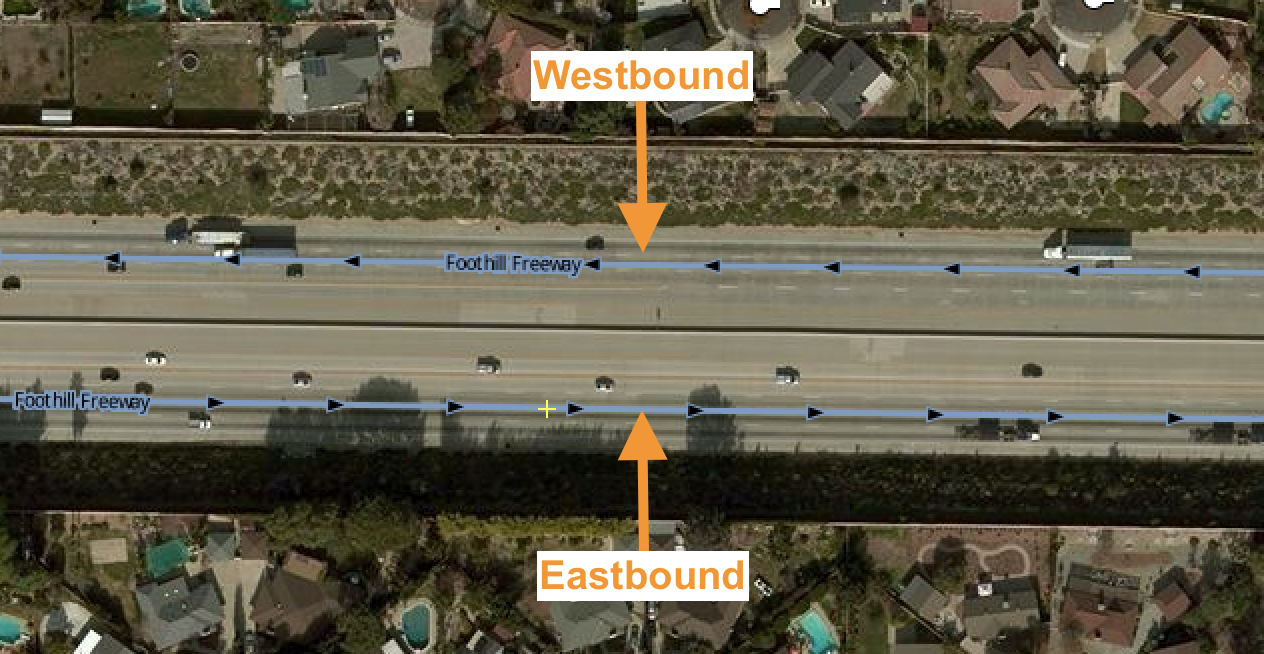 The cardinal direction of the road is the direction in which a road is linearly-referenced in increasing order. It is an important feature in navigation and helps in guiding the user in write direction.

How to map exit numbers and destinations?

Ground based imagery or a field survey is the only way one can verify freeway junctions and road signs. For imagery, Mapillary imagery can be used as a reference to verify and add exit numbers and destinations to mapped highways on OpenStreetMap. Sometimes the pavement is marked with a route shield in each lane, indicating the destination ref, in which case you can also use aerial imagery.

Exit numbers are mapped as nodes at the junction’s on highways where freeways have exit ways.